Best Mosquito Killer 2018 – For Every Use

What are the best mosquito killer products on the market?

When we hear the war cry of a mosquito we make two bold actions, either to swat the mosquito or flee the scene… I mostly choose the latter.

It is important to take steps to protect yourself from mosquito bites. Some common suggestions include keeping your exposed body parts covered, especially at times of dawn and dusk.

Mosquitoes are a nuisance. They cause painful and itchy bites which can be very annoying to handle, at the very least. These little pests also serve as vectors for many dangerous and viral diseases. Mosquito bites carry potential diseases such as Malaria, Yellow Fever, Dengue, and the West Nile Virus.

Below are the best mosquito killer products on the market to keep these pests away, and for you to have a free mind.

Everyone’s body chemistry is unique. Thus, some people will attract more insects based on their chemical makeup, while others may be selectively protected.

The choice on what mosquitoes are typically attracted to are based on:

How do Mosquitos bite 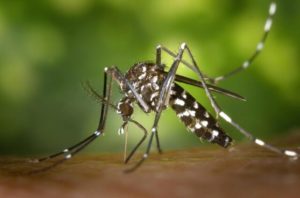 The mechanism of a mosquito bite is quite simple. Mosquitoes have a needle-like mouth for feeding. It is called proboscis. First, a mosquito chooses its host. Once it lands, it inserts its proboscis through the skin to find a blood vessel. Because human blood is meant to clot upon exposure, the mosquito instantly releases its saliva into the wound it makes.

This allows an easy flow of blood from the vessel in the human body to the mosquito’s mouth. After feeding, the mosquito flies away. The wound closes on its own as clotting eventually takes effect.

It is also important to note that the female mosquitoes are more likely to bite you more than male mosquitoes. This is because they need human blood to develop their larvae. To obtain the blood, they need to access the veins through the skin, which explains why mosquito bites hurt. 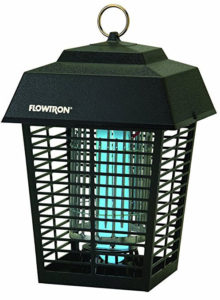 First on the best mosquito Killer list is the Flowtron.
The Flowtron’s lantern-style insect killer employs the use of ultraviolet light to eliminate unwanted bugs and insects. The light itself is nontoxic, but it signals as an attraction to any insects within a half-acre area. Based on your target range, you can choose a bigger or a smaller lantern to kill more pests. Once the insects hit the lantern net, they are shocked and killed instantly.

This device is known to be more clean and hygienic than its chemical counterparts. The kill grid is non-clogging; which means that there is no danger of short-circuiting or electric flares. To protect children, pets or wildlife from being affected, the device has a thick outer encasing which only tiny insects can get through.

This insect killer features an insect killer grid laid around the sides of a lantern style device. The outer casing is hard and unbreakable, to protect local wildlife, pets, and children from getting shocked accidentally.

The top of the device can be removed to insert or remove the ultraviolet light cartridge. One cartridge can easily work for a month. To use the device, you only need to insert the cartridge and hang up the lantern in an area distant from your residence to avoid dead insects piling up around you.

• Very low maintenance; need to replace cartridge once a month

• Effective; can kill insects in half an acre radius

• Hygienic and clean; does not need to be in contact with your skin or everyday use objects to work

• Can only work in a half acre radius

• Needs to be used away from humans and other Animals. 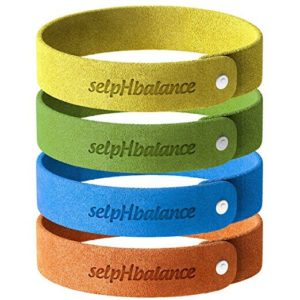 Although not a mosquito killer, the mosquito repellent bracelets are relatively new phenomena. The selPHbalance bracelet is made from materials infused with oils and scents to repel mosquitoes for up to 10 hours.

The product is one size fits all, and the bracelet et size can be varied to fit children as well as adults. The bracelet can be worn around ankles or wrists, or any object which can string through the space of the bracelet.

In addition, the bracelets can be worn when you are outside, and removed and reused until the scent strength wears out. The selPHbalance Bracelets are a kid-friendly product which means it can be given to kids for class trips or use in school to protect them from mosquito bites. Thus it adds an extra layer of protection against mosquito bites when combined with other mosquito repellent devices.

The bracelet is made up of material which is infused with plant based oils. Examples of these oils include Citronella, Eucalyptus, and Lavender. These oils mask the natural body scent which makes the mosquitoes unable to smell and track the human target.
Using the contraption is easy enough. It only needs to be worn around an exposed area of the body, like your ankles or your wrists for it to work.

• Easy to use, especially for children

• Easy to replace; cost cheaply and can be brought in large number 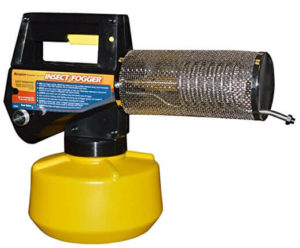 Third on the best mosquito killer list is the Burgess Propane Insect Fogger.
Designed for outdoors, this device is a propane-powered insect fogger. It is perhaps the most budget friendly way to kills mosquitoes, bugs and insects, and is completely portable too. Rather than a mosquito killer, Foggers work on the principle of creating a dense mist of the solution contained in their reservoir. In the form of mist, the solution can target more insects and act more efficiently.

It only takes the fog a few minutes to form, and about 5-10 minutes to dissipate through a 5000 square foot yard. During this time, it is best to avoid the target area, so the fog is not accidentally inhaled.

After 5-10 minutes of the fog dispersion, the air clears away, and you can use the area like you regularly would. The fogger can create 6 hours of mosquito free zone, which means you will not have to worry about any other insect repellent precautions during that time. The fogger’s effectiveness is also evident as industrial professionals use the same method for getting rid of mosquitoes.

The insect repellent fogger uses an insect repellent solution to repel and kill insects. The fogger diminishes the fluid into tiny droplets and creates a mist of it. This mist quickly spreads through the air and penetrates every inch within a 5000 square foot radius. All existent insects are killed, creating an insect free environment.

• Needs only 10 minutes to take effect

• Works for only 6 hours once set in motion

• Cannot be used inside the house 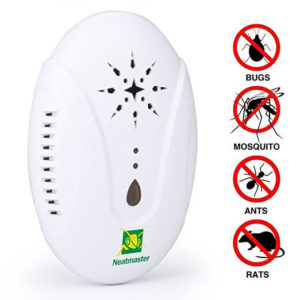 Ultrasonic Pest Repellents are the safest, most hygienic mosquito repellents in the market. They are generally effective for all kinds of pests, including bugs, roaches, rodents, and insects, etc. The device does not kill the pest but merely produces ultrasonic waves to displace them away from your target areas.

Most Ultrasonic pest repellents work on a low setting of the ultrasonic waves, but this device has two additional settings. Both these settings are louder and encompass more frequency of sound waves. This not only increases their range but makes the pests more susceptible to the sonic waves, which makes it very effective and environmentally friendly device.

The device needs to be installed 180 cm above the ground or the floor so it can reach throughout the room/ target space. Once the device is plugged into an electric outlet, the ultrasonic waves will be generated. These waves will be annoying for the pests which will convince them to move away from the target area and discard it as a habitat.

There are three settings on the device. The low setting cannot be heard by humans, but the two higher up settings are audible as a faint buzz. These settings can dispel any mosquitoes around your house if used outdoors.

Pros
Humane way to repel pests instead of killing them
Cons

• Cartridges need replacement as they run out 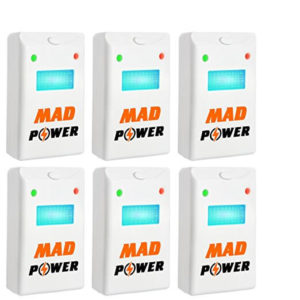 This device basically repels these animals and insects away from this place. This means you do not have to spend any time doing a cleanup of dead rodents lying around your house. It also means that you are using a more humane way of merely driving these creatures away, instead of killing them.

Insect Repellents are also popular with people who keep pets at home. It does not harm them or affects them in any way, which makes it a healthier and safer option as compared to chemical sprays.

The MadPower produces ultrasonic waves which causes bugs and rodents to abandon the target place as a habitat. Because the waves are ultrasonic, it means that humans can’t hear them, as well as most pets, but insects and rodents can.

• Humane way of driving away unwanted bugs and rodents

• No cleanup required after dead animals or dead insects

• Does not harm pets or humans

In Conclusion, The list shared here on the best mosquito killer includes the different kinds of insect killers and repellents you can use ranging from electtic bug zappers to bracelets.

Even though all of them are great. If one were to choose, we recommend that you go for Neatmaster Ultrasonic Pest Repellent because it is environmentally friendly and offers an impressive range to create a wide mosquito-free area. 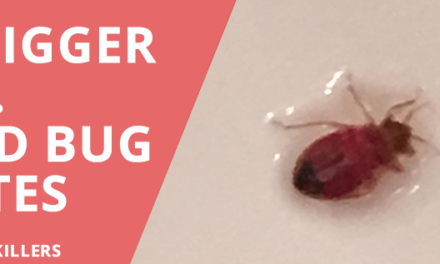 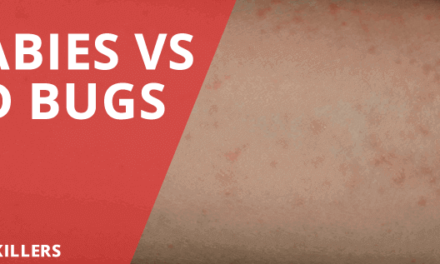 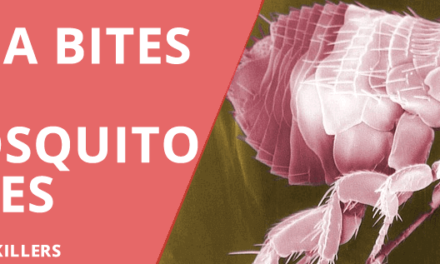