How to Get Rid of Fleas in the Carpet: Say Goodbye to Fleas

While fleas can cause irritable itching to your furry friends, humans can catch fleas too.

How to Identify Fleas 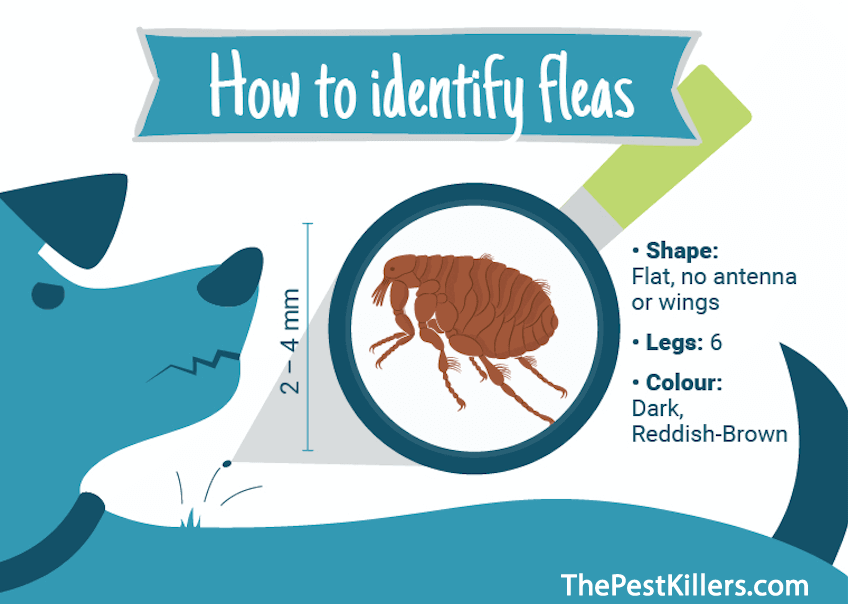 Fleas are little parasitic insects with their size ranging between 1/6th of an inch and 1/2nd of an inch. Since they feed on warm-blood, fleas have a reddish-brown color which becomes dark as they suck blood. Undoubtedly, their most identifiable feature is their huge hind-legs. Fleas most identifiable feature is undoubtedly their hind-legs – which are disproportionately long. 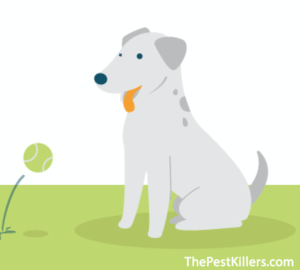 When looking for symptoms of fleas, make sure to check your dog’s armpits, neck, and groin. Provided your dog is affected, it is in these areas where you might see the below-mentioned symptoms of fleas:

How do Fleas Get on Dogs?

There are two major means via which your dog might get fleas. Both of them are mentioned here briefly so that you could decide whether your furry friend is at risk or not. 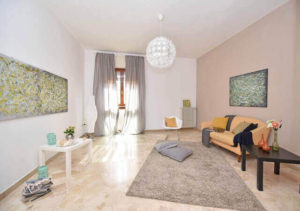 The moment your dog sets foot outside the house is the same moment when you’re exposing it to fleas. And it doesn’t matter whether your little friend has gone out for a short walk or you’ve taken him to the vet, you’ll be exposing it to fleas since the tiny, pesky creatures are almost everywhere.

There are many ways fleas can enter into your home. They include infested rugs, bedding, plush toys, and blankets. You can also bring them inside your home via your clothing and/or shoes. Also, if you’ve purchased second-hand household items, make sure to double check them lest they kick start a nasty infestation on arriving at your home.

10 Ways on How to Get Fleas Out of Your Carpet 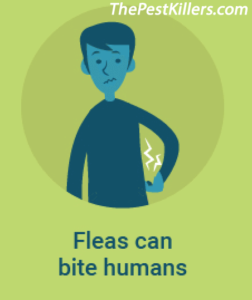 Let’s take a look at natural and chemical solutions using which you can rid your house of fleas:

For the environment lovers out there,  the following methods are a must-try. You would find some methods effective, while some are just useless for your situation. Let us know what works for you:

With the dish soap method, you’re going to create a booby trap for fleas. All you have to do to execute this method is to take a bowl and fill it with a mixture of dish soap and warm water. Then, place the resulting mixture in those house areas which have noticeable flea activity.

This method works by acting as a glue for fleas. That’s right; when fleas will enter into the mixture, they’ll be trapped by its high viscosity, which means they’d be unable to get out. It means the mixture will drown them away.

For this method to work effectively, you should conduct it at night because fleas, being nocturnal creatures, will then be better attracted towards the mixture. Also, once isn’t enough; which means you’ll have to do it repeatedly for days until the flea population has visibly reduced.

In contrast to what you might be thinking right now, herbal flea spray is not made from toxic products. Instead, since it uses a mixture of vinegar and witch hazel – in addition to lemon juice and water – you can use it safely around children and pets.

To create an herbal flea spray, mix 2 liters of water, 4 liters of vinegar, 250 ml of witch hazel and 500ml of lemon juice. Prepare the mixture in a large spray bottle. Then, bring into the open any item – i.e. cushions or bedding – which has a chance of having fleas.

Some pet owners may say that one of the best ways of getting rid of fleas is vacuuming your house. However, what most of them might not know is that one can increase the effectiveness of vacuuming with the application of baking soda.

Before you vacuum your house, spread baking soda on your carpets and rub it into the fibers of the same using a hard brush. Make sure that the baking soda has gone in the deepest layers of the fabric.

Once you’ve done that, vacuum your house and you’ll see that in addition to baking soda, the contents of the vacuum cleaner will also show signs of indiscriminate flea slaughter.

One of the reasons why we’re mentioning the salt method right next to that of baking sodas is because both of them are extremely similar in application. Yet, there is one notable difference between the two methods.

When it comes to applying the salt to your carpet, follow the same method mentioned above. Just make sure that the salt is finely ground as it would be easier to embed it deep down the fibers.

As for the difference, while baking soda kills fleas through poisoning, salt’s uniqueness lies in its ability to dehydrate fleas, before getting rid of them once and forever.

There are many ways lemon can be used around your house. The most important, and certainly the most relevant use of lemon around the house – as far as this article is concerned – is lemon spray.

To make a lemon-water mixture – which you’ll then use to kill fleas – add to a pint of water the extract of a freshly sliced lemon. Then, bring the resultant mixture to the boil and leave it there overnight.

The following morning, pour the mixture – which would have become extremely bitter by now – into a spray bottle. You can now spray it around the house to rid the same of infested areas.

At the cost of sounding pedantic, diatomaceous earth is the tiny remains of fossilized algae. So microscopic it is that to a naked eye, it would look like a very fine powder.

Allow the powder to do its work for 2 days, following which you should vacuum the whole area. Also, while it is non-toxic, its nature is such that it might get messy and cause eye and throat irritation. To prevent this from happening, it is recommended that you wear a face mask.

Rosemary is recommended if you want to make a flea repellent or treat a light flea infestation. All you’d have to do is to create a powder using rosemary which you’d then apply to your home to treat fleas.

To create a powder, take some rosemary in a pestle and follow it up by adding some rue, fennel, wormwood, and fennel. Afterward, grind the whole substance into a fine powder.

Once you’ve gained fine powder, sprinkle it on all those areas which you suspect are prone to flea infestations.

With the exception of rosemary – which doesn’t kill but repels fleas with its smell – all the abovementioned methods eliminate fleas. However, as suggested by their name, flea “repelling” plants do their magic by keeping fleas at bay

The plants that keep fleas away include, but are not limited to: pennyroyal, Lavender, Spearmint and Chrysanthemums. Using them in either our flower beds or flower pots to keep fleas away.

If the flea infestation in your house has gotten out of hand, you might have no choice but turn to these human-friendly chemical solutions.

Known as insect growth regulator (IGR), it has UV-photo stability which makes them more effective than any other insecticide. That means you can use them both indoors as well as outdoors and sunlight won’t have any effect on them.

While it can get rid of fleas at any stage of the latter’s life, Pyriproxyfen is especially useful when used against eggs and flea larvae. It kills fleas by mimicking their hormones.

What’s more, Pyriproxyfen has been approved by the FDA and over 300 registered insecticides contain it. Also, since its toxicity is low, you can safely use Pyriproxyfen around humans and pets.

Methoprene, just like Pyriproxyfen, is an insect growth regulator. It is famous for preventing large-scale larval development as well as the emergence of almost all the major types of fleas.

More importantly, cat flea – which is the most common flea found anywhere in the world – is the most sensitive to Methoprene. That means you can easily remove it from carpets and bedding with the application of Methoprene.

Finally, the low toxicity of this drug comes across as a double-edged sword. While on one end it makes it safe to use around humans, on the other, its low toxicity means you’d have to regularly use this drug to eliminate any chances of re-infestation.

How to get rid of fleas – FAQs

Q: How to kill fleas in a carpet?

Q: How to kill fleas and eggs in the carpet?

Answer: To kill eggs in the carpet, it is recommended that you rely on Pyriproxyfen. Despite being less-toxic, it is made to eliminate fleas and can be used both indoors as well as outdoors with equal effectiveness.

Q: How to kill fleas on dogs?

Answer: There are five natural ways using which you can kill fleas on your dog. They include:

Q: How to kill fleas on kittens?

Answer: In addition to daily bathing your kitten, wash their bedding periodically and vacuum their residing area as consistently as possible. Also, vacuum your kitten and provided your kitten’s vet recommends it, use an anti-flea shampoo on your kitten.

Q: How to kill fleas in bed? 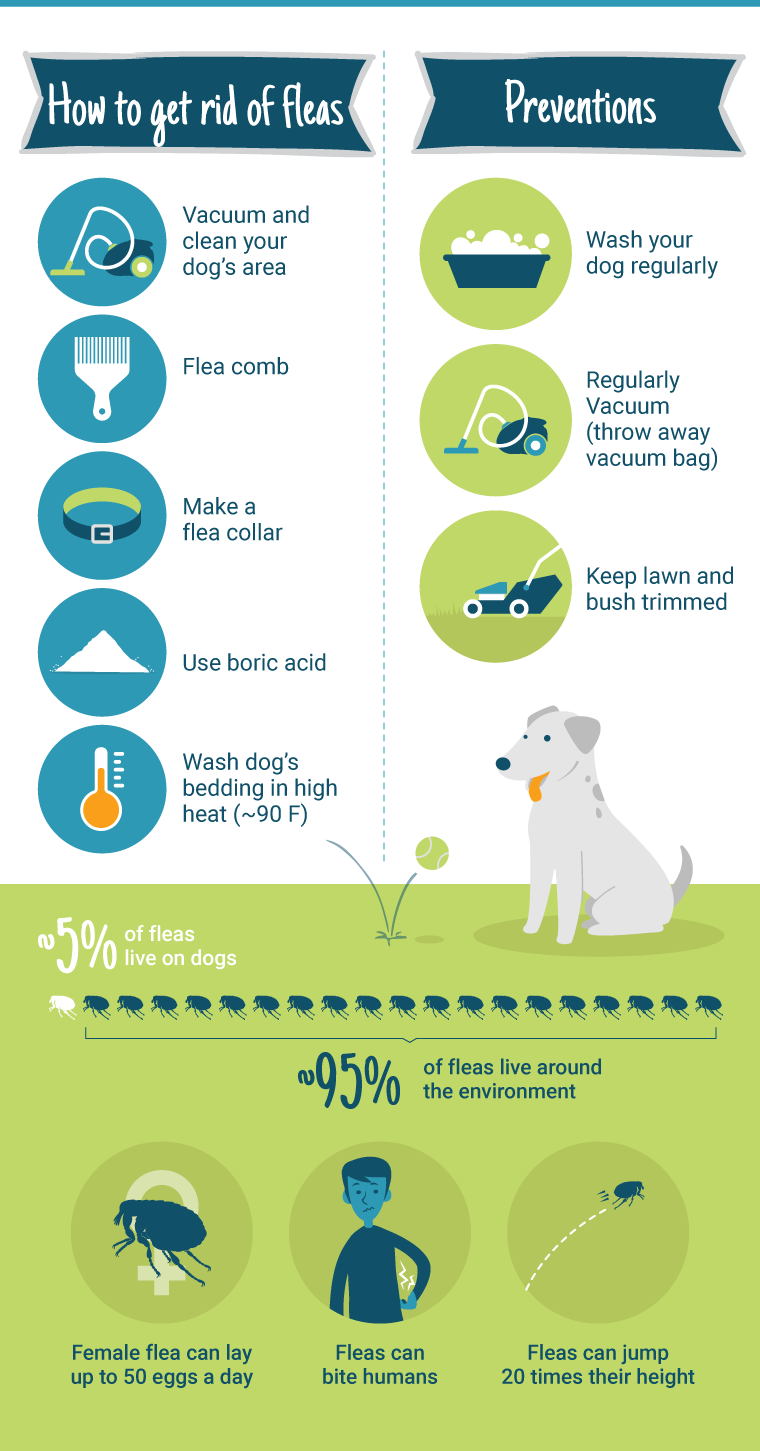 There you have them; ten of the best ways using which you can rid your home of fleas. Not only are all these methods safe, but they are effective as well. That means that while these methods would kill fleas at one end, you can be sure you and your pet remain safe on the other. So try one of these methods to have a flea-free home. 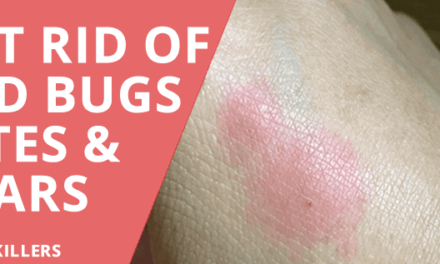 How to Get Rid of Bed Bug Scars and Bites 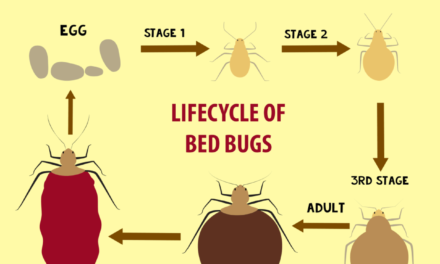 How to get rid of Bed Bugs – Infographic